Back to all posts

This past week we have been celebrating taking out The Cairns Post Hit Award for Best Local Group for the second year running!
It has been wonderful to come home to this award after an incredibly busy start to the year with our month long tour to the Tamworth Country Music Festival.
Last Thursday we attended the Cairns Post Hit Awards 2014 hosted by the Jack in Cairns, and got a chance to mix with some of the fantastic Cairns music scenesters; a host of great local performers, press, venue owners and music lovers.
To cap off a night of live local entertainment, we also had the honour of getting to take home the award, after a staggering 25,000 votes were cast during the competition! 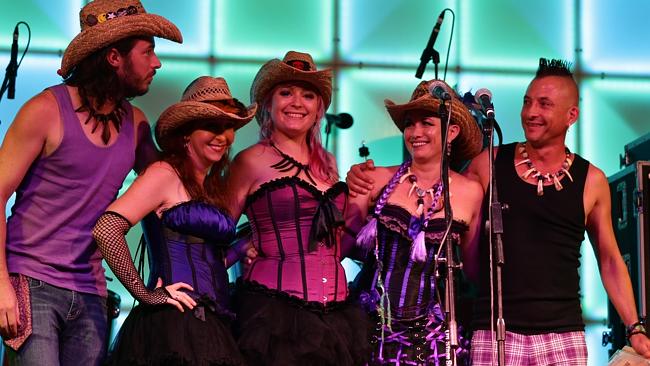 Accepting our award at The Jack. That's some happy Goats!

We would love to say a huge thank you to everyone who has thrown their weight behind us, the fans who come to see us and the venues for believing in us.
To win this award has been heart warming, it has shown us just how many wonderful local Goat fans we have here in North Queensland. After touring so extensively in 2013 its great to know we have such good support where it all began, at home.
We have also gotten some pretty glowing press in both The Cairns Post and The Port Douglas And Mossman Gazette in regards to the award, which makes us feel just a bit spesh. Thank you for promoting the thriving live music scene in North Queensland.

Thank you again from the bottom of our hearts, we're still smiling!